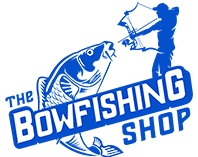 Be the first to leave a review.

The Harsh Lock 2.0 bowfishing arrow with the modified 22/64 AMS safety slide are ideal for any type of quick release ranging from fish to roots. These bowfishing arrows have the fastest release to reset on the market. To release the barbs, simply push in on the back of the arrow, which will then unlock the barbs allowing them to slide forward and release. These arrows are fantastic for shooting numbers tournaments or for bowfishing any areas where bowfishing arrows typically get stuck.

Patented, positive lock arrow, designed for a quick release that will not accidentally release a fish. Totally in a class of their own, these arrows sport the fastest release and reset on the market. Harsh Locks  do not twist release like a Sting A Ree, or Mayhem type tip , it is an entirely different mechanism- also differing from the other types of releases where you have to unscrew the replaceable tip to release, this one is much easier and faster. No messy hands, or problems releasing the tip when not entirely impaling the fish. Harsh Lock Arrows are carefully engineered to be versatile, tough, shoot deeper and with more energy for optimal penetration holding power and also come standard equipped with our very own, bowfishing tough, replaceable push in nocks.

Be the first to leave a review.

There are no reviews yet.

Only logged in customers who have purchased this product may leave a review.